Share a memory
Obituary & Services
Tribute Wall
Read more about the life story of Thomas and share your memory.

Tom passed away after a short struggle with Heart related issues

Tom was born in Nanaimo, grew up in Northfield, on a Farm located on Meredith Rd.

Tom was 16 when he decided to become a Logger. He gave his school books to his younger Sister and away he went. Tom hired on at Northwest Bay Logging, spent a few years working in the Queen Charlotte Islands, as well as logging camps down the West Coast. Tom came back to the Island in 1963 and went to work at Nanaimo River camp…..then discovered that he wanted to drive Truck. He aced his written exam and road test, paid $1.00 for the Air endorsement on his license and began a job that was the love of his life.

Tom was respected by other drivers, as to his skill, Owner and Operators appreciated him for his work ethic. His work truck and private vehicle were always in tip-top shape….the chrome polish and polish rags were always near by.

Tom drove truck for 43 years and was a member of the Million Mile Club.

Tom was diagnosed with A.M.D, Adult Macular Degeneration  [loss of eye-sight] and was told he would no longer be able to drive. Tom’s whole World was gone in one 24 hour period. It would be quite some time before Tom could come to terms with his new reality.

Tom came to accept that he was on his own time, could do what he wanted, when he wanted. Summers were the best, outside in the Sun listening to his favorites….the Eagles, John Fogerty and Bill Monroes Blue Grass. He made sure the Tomato patch was ready, as he loved “Home-made Tomatoes”. Tom did what he could, to stay busy  and enjoy his day. Winters were hard as not much was happening except for NASCAR Racing on his Big Screen TV, and tinkering in his work Shed. If I was having a melt-down over some silly thing, he would say….Forget it Bev, your going to blow a shift…..Trucks were never far from his mind.

The Family is at a loss at this time, deeply saddened as Tom was one of the good guys.

No Service by request.

If you chose to remember Tom….just do something nice for someone and ask that they pay it forward.

To send flowers to the family or plant a tree in memory of Thomas RHODES, please visit our floral store. 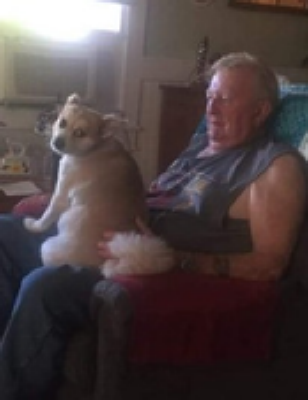 You can still show your support by sending flowers directly to the family, or by planting a memorial tree in the memory of Thomas RHODES
SHARE OBITUARY
© 2023 Evergreen Crematory Centre Ltd.. All Rights Reserved. Funeral Home website by CFS & TA | Terms of Use | Privacy Policy | Accessibility