Share a memory
Obituary & Services
Tribute Wall
Read more about the life story of Margaret and share your memory.

In loving Memory of Margaret Pamela O’Sullivan born April 26th 1938 in Mansfield, England, died peacefully at home in Cassidy on December 26th 2022. Margaret was predeceased by her husband Tom who passed away in October of 2020. Margaret was the 2nd child of William and Margaret Kelly with older sister Monica and younger brother Chris.  She attended several schools in the Nottingham area and then started working as a book keeper from the age of 16. She loved to tell us stories about how her office was just across the road from “The Trip to Jerusalem”, the oldest pub in England, but she never went there. In 1959 she married Tom the love of her life. They settled in the Derbyshire area with their 2 children, Catherine and David.

In 1969 in search of a better life for themselves and their children, Margaret and Tom emigrated to Canada, landing in Nanaimo where Tom had secured a position as Second Engineer with BC Ferries.

The city kids made the big jump when they moved to Nanaimo and bought a fixer upper north of Ladysmith and spent the next several years making improvements to the house and gardening in the summer. As they became empty nesters, they started travelling the world visiting many countries some more than once. When Tom retired their travels became even more varied and ambitious but they returned home often as the addition of grandchildren came into their lives and Margaret became Shaddy, not Grandma. In 2010 their lives were shaken when Tom had a stroke. But in true British style they carried on. In 2020 Margaret’s life was again sent on a different path when in late September she was diagnosed with cancer and then a month later Tom died. One of her greatest joys was teaching the grandchildren many things especially gardening and Christmas cake making.

Margaret died peacefully on December 26th with Catherine and David by her side. She is survived by her daughter Catherine (Dan), her son David (Lisa), grandchildren Mary-Anne (Jason), Pamela (Jordan), Joseph (Chrissy), Jonathan, Carly, Alicia, and Erin and 8 great grandchildren: Liam, Austin, Jasmine, Lily, Annabelle, Linden, Colby, and Madilynn. She is also survived by her sister Monica, brother Chris (Kathleen) numerous nieces and nephews, and some very special friends especially, Yvonne, Willard, Julia, Sue, and Dave. The family would like to thank all of those that made mom’s last few weeks comfortable especially Dr. Sebastian Brown, the nurses from Ladysmith home care, and Gwen.

To send flowers to the family or plant a tree in memory of Margaret Pamela (Kelly) O'Sullivan, please visit our floral store. 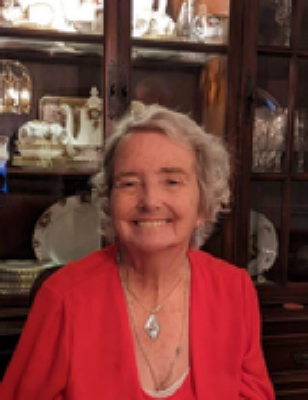