Share a memory
Obituary & Services
Tribute Wall
Read more about the life story of Howard and share your memory.

It is with sadness we announce the passing of Howard Lloyd, in Nanaimo, B.C. on December 27, 2022.

Howard leaves behind his loving wife Margaret, their children, Gail Corrigal, Wanda (Ed)Turski, Grant (Darleen) Pilon, Lorne (Debbie) Lloyd, Judy (Carl) Hyde, Guy (Penny)Pilon.  He is predeceased by his wife Helen (1979), son Gary, and son in law Neil, and many siblings. Howard had 15 grandchildren that he adored (the feeling was mutual), and 31 great grandchildren.

Howard was born in Turtleford, Saskatchewan in 1930, 4th in a family of 12 children.  His family moved to B.C. when he was 10, and he lived in Prince George, B.C. for almost all of his life.

Howard loved everything outdoors.  Hunting, fishing, logging, boating, etc. He was a proud 65 year member of the PG Elks.   He ran Howard Lloyd Logging for many years. He was a City Counsellor/Regional Director for PG (1972-75), and also was an MLA for the Fort George Riding (1975-79). After that he tried his hand at hay farming in Beaverley, until he retired in the 1990s.   He enjoyed his cabin at Bednestie Lake, travelling to visit friends and family, and eventually moved to Nanaimo, BC., a few years ago.

He especially enjoyed being a husband, father, grandpa, brother and friend to many.

A Celebration of Life may be announced later.

Retired former Social Credit MLA and former City of Prince George Alderman Howard Lloyd and his wife Marg are enjoying every day of their retirement. Here is their story in a nutshell   https://www.princegeorgecitizen.com/opinion/from-stump-to-dump-part-of-worklife-in-prince-george-3733244

To send flowers to the family or plant a tree in memory of Howard John LLOYD, please visit our floral store. 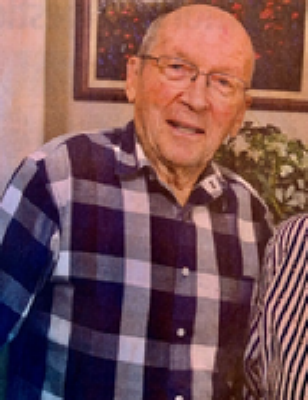 You can still show your support by sending flowers directly to the family, or by planting a memorial tree in the memory of Howard John LLOYD
SHARE OBITUARY
© 2023 Evergreen Crematory Centre Ltd.. All Rights Reserved. Funeral Home website by CFS & TA | Terms of Use | Privacy Policy | Accessibility