Share a memory
Obituary & Services
Tribute Wall
Read more about the life story of Donald and share your memory.

The man, the myth, the legend…Donald M Taylor AKA Papa Don.

A strapping young lad grew up in the streets of Montreal.  Family was important to him, with two wonderful sisters Norah and Susan and two larger than life parents Moby and Billy.  An academic, at the time, he was not but he loved his sports and his guitar.  It was his football talents that landed him with a scholarship at Western University.  At University he enjoyed playing the clubs as lead guitar for The New Lost Rambling Four and tearing it up on the football field; this was until the trifecta hit Western that changed Don’s life forever.

It came out of nowhere, Don’s love for folk music, his English professor and finally his first Psychology Professor led him down a path that changed everything.

At the base of it all, his love for playing guitar had him drawn to social activist music such as Pete Seeger and Bob Dylan.  Secondly, was his English professor at the time.  How you ask?  He was coerced by the football team to meet with the Professor to let him know that they needed him to simplify his lectures so they could understand him.  The professor’s response was, “we have two ways we can move forward, either I bring down my teachings to your level, or you rise up to mine, which shall it be Mr. Taylor”?  This was inspirational to him and opened his eyes that the pursuit of knowledge mattered. Lastly, Don, at this same time, gravitated to his Psychology class, where the professor was one that was thorough, patient and most importantly, welcomed Don and his new-found passion for the academics.

Little did he know this trifecta was the start of an incredible academic career.  He shifted his energy from star athlete to learning and growing his command of the English language and his true passion, Psychology.  This was his calling; he flourished and went on to earn his PHD in Psychology in 1969.

This budding star in the academic world was quickly snapped up by McGill University where his incredible professional journey began.  Professor of Social Psychology that held the largest classes in the University of over 700 students per class.   He was a tough but fair professor with an incredible class presence where he truly held forth and let his stories entertain and teach his students.  He never missed a class in those 47 years of lecturing over 30,000 undergrads and numerous honours and graduate students This record of never missing a class was tested when he played hockey on a Sunday night and he took a puck to the face, went to the hospital, and had 57 stitches.  In true form, he was in his class Monday morning with one eye closed and stitches holding his face together with one heck of a story for his students.  Over the course of his career, Donald emerged as one of Canada’s most influential social psychologists. His work on everything from stereotyping and intergroup relationships, to social identity and bilingualism had an enormous impact around the world. In the field, Donald championed everyone from immigrants and refugees to inner city kids in the U.S.  He devoted over 20 years helping First Nations communities.  He wrote countless articles and many books which made its mark on the world of Social Psychology.   His illustrious career was capped off in 2016 with the prestigious McGill Medal for Exceptional Academic Achievement.

If he wasn’t busy enough with his career, during all his fame at McGill he had a family with Andree, a son, Scott and a daughter, Danita.  He was awarded an unofficial Father of the Decade award because of his involvement with his kids.  He was so active in their day to day lives, from coaching Scott’s football and hockey to practicing cheerleader routines with Danita.  Road trips were plenty, including the yearly trips to Boston to see the New England Patriots play. His overarching mantra when doing anything with his kids was to instill the values that you have to earn everything and do it with hard work and respect. His family grew when Ali and Maryam became an integral part of the Taylor clan and shared in all the great adventures.

His family continued to grow when he met Donna.  Donna’s sons, Clayton and Craig joined Don’s fan club and spent over 30 years learning about life in travels with Don. Both of them attribute much of who they have become to him and his life lessons. Clayton had many cycling adventures with Don from the South of England to Scotland, along the Danube River and Route 66 to name a few. “The grind of the gears, countless flat tires, in wind, rain, hail and the blistering sun “together”.

Donna's life with Don was full of adventures including cycling from Montreal to Newfoundland, around the coast of Ireland and across the desert from Vegas to the Grand Canyon to name a few. Their 350 km kayak trip from Orillia to Trenton had many challenges with fabulous memories. “It has been quite a ride”.

Clayton’s two children, Isla and Devon adored their Papa Don. Countless missions, endless lengths in which Taylor's rules would keep us on our toes. We listened, we adored, we learned. Forever grateful.

Angela and Scott had his first grandchild Liam, which is when the name Papa Don was created.  He went through life as a young man at heart and the word Grand before Father was not an option, hence Papa Don.  Donald was a mentor to Liam and spent many weekends at a hockey rink or football field cheering him on, or on weekend adventures running 10K races together. A couple of epic moments were running a marathon with Scott and another saw Clayton and Donald joining Scott and Liam in Germany as they biked through the country.  As is the circle of life, Liam is following in Papa Don’s footsteps with his own football scholarship at you guessed it…Western.

Donald had many mentors in his life and in true fashion, he paid it forward by being a mentor to family members, countless colleagues, friends, and students.

The man, the myth, the legend lived life to its fullest with a wardrobe to match.  You always saw him coming, trench coat, crocodile Dundee hat, the funkiest ties and orange slippers.

There is not one point in his life where he was not doing what he wanted.  In an interview he stated “if you care about something and it matters to you, you just do it…” and that is exactly what he did every day of his life.  Who can say that and truly mean it?  On his terms to the end and epic all the way.

Love you Donald AKA Papa Don.

‘The Ox is slow, but the earth is patient’

In lieu of flowers please give to the Artic Inspiration or Nanaimo Palliative Care - or a charity of your choice, thank you. 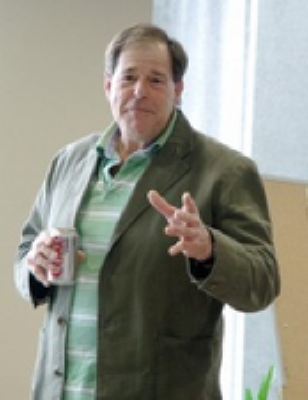