Share a memory
Obituary & Services
Tribute Wall
Read more about the life story of David and share your memory.

With great sadness, we announce that David Brand, aka Dave, Goat Man, Grumpy, the Cockroach, passed away on January 1, 2023, following a brave battle after suffering a hemorrhagic stroke and developing complications that became too profound to overcome.

Dave was born on July 15, 1950, in Calgary, Alberta to his parents, Lottie and David. The youngest son by over 20 years, Dave was quite the surprise to his 50 year old parents and this set the tone for who we all knew Dave to be, a unique and unconventional man. As a teenager his family moved to North Vancouver, and he quickly embraced the west coast lifestyle. In 1966 he met the love of his life Christina at the PNE, where they were both skipping out of a high school track meet. Legend has it, he spied her from a distance, and accosted her by throwing her over his shoulder—thus starting their journey together on the “wooden” rollercoaster of life.

Along with his wife, he is lovingly survived by his daughters, Rebecca (Scott), Kathleen, and Angela (Tyler). He became a grandfather to Lily Jade in 2009 which was a role he cherished. The joys of being a grandfather grew with the births of Zachary, Morley, and Maclean. In recent years, he reconnected with his Brand family members in Australia, S. Korea, Vancouver and Alberta. David’s working life included Harmac, log salvaging, house construction, and taxi driving. His favourite activity was jamming in the basement with his buddies. In the year 2000, he moved to “Cedar by the Sea” and found true retirement peace sitting in his chair, looking at the ocean while composing songs or playing the guitar.

Surviving lung cancer in 2019 further demonstrated his tenacity for life. He continued to fight until the end and was proud that his daughters inherited his strength and resiliency. Dave will be remembered for many things including his love of music, his ability to recite thousands of songs, the ocean, his beloved Wee Geordie, his family, and gardening. A true “jack of all trades”, he was a welder, a house designer, a carpenter, a poet, a song writer, a guitar builder, a radio repairman and restorer, an antique car buff, a cook, a pastry chef, a stone mason, a wood cutter, a boom man and a tug boat captain. He was a stubborn man who knew his own mind. But above all, he was witty and kept us in stitches when we were not arguing with him about something!

A Celebration of Life will be held in Nanaimo, BC, at the Royal Canadian Legion, 1630 E Wellington Rd, on January 14th. Please join us at 12 pm for a toast in his honour, with a service to follow at 1pm. In celebration of his life and love of music, we welcome individuals to bring their own instruments and play a tune to carry Dave on his way.

To send flowers to the family or plant a tree in memory of David Hutton BRAND, please visit our floral store. 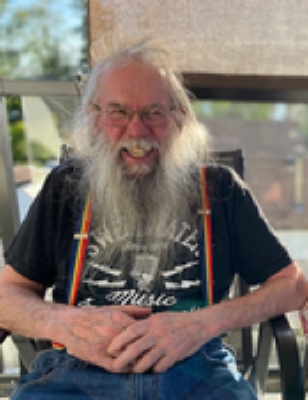