Plant a tree in memory of Bette
An environmentally-friendly option 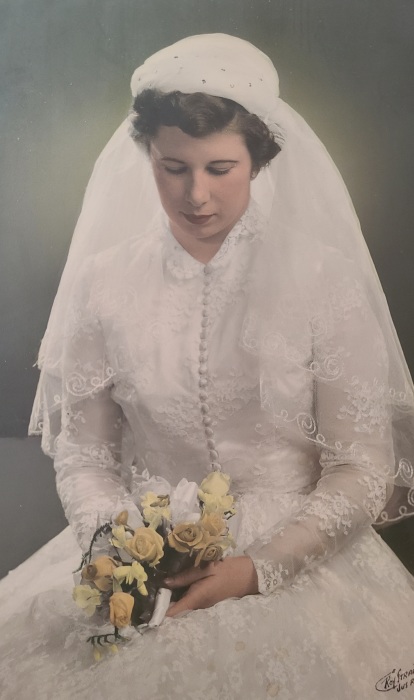 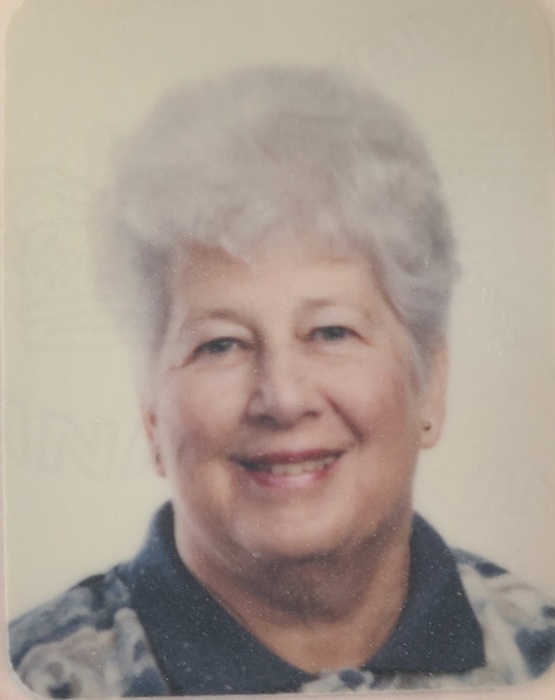 It is with great sadness we announce the passing of Bette Janette Redfern on June 29th, 2021, peacefully with her loving husband John by her side.

Bette was born on October 14, 1936 in Edson, Alberta. Bette was the eldest followed by Doreen and Jim.

Moving to Comox in 1943, and then to Esquimalt shortly after.

In Esquimalt she attended Lampson street elementary and Esquimalt High School where she was in the play Bohemian Girl, vice-president, and Treasurer of the Red Cross, and sang in the school choir.  As a teen Bette enjoyed playing the violin and singing with family in small jam sessions accompanied by her mom on the piano and brother on the guitar.

Bette met her sweetheart, John, in 1953 at Esquimalt United Church while singing in the church choir. They married at the same church February 18, 1956. They relocated to Vancouver for a short time starting their family. While in Vancouver, Bette was a bank teller for Canada Trust.

Bette and John returned to Esquimalt with their young children Dawn and Michael in 1963. In 1969 they fostered a child Chris at the age of 2.

During her time back in Esquimalt Bette was involved with many church and community activities such as sports, Bingo and CGIT. For many years she worked as an early childhood educator at the Unity daycare.

In 1995 she finally retired, then moved to Nanaimo in 1996, which gave her more time to enjoy her grandchildren, and great-grandchildren. Bette and John went on an extraordinary 6-week trip to the UK in 1996 to learn and explore their family roots. While there, they had the privilege of visiting her father’s birthplace Hawick, Scotland and his childhood home in Broadlee, and Ashieburn House which she enjoyed very much and provided her with great stories and memories.

Celebrating their 50th wedding anniversary they went on an Alaskan Cruise.

Bette loved family gatherings and always the “hostess”, which she excelled at and was hard to top. Always too much food and never without treats or desserts.

Bette had such a big heart. With the love for animals, she fostered many dogs throughout the years.

Those that knew Bette knew she had a heart of gold and will be missed tremendously.

Bette is predeceased by her son Michael, survived by her devoted husband John, daughter Dawn of Nanaimo and son Chris of Victoria, brother Jim (June) of Victoria, sister Doreen of Bonnyville, grandchildren Jennifer, Kyle (Dawn), Brianna and great-grandchildren Nathan, Olivia, Brooklyn and Acacia. As well as many other extended family members and friends that loved her dearly.

The family would like to acknowledge John, who took exceptional care of her in the last years which showed his dedication and love towards her.

John and family would like to thank the nurses and staff of the Renal unit that took care of Bette for many years as well as the Palliative care nurses at NRGH who made Bette’s last few days so comfortable and peaceful.

There will be no service as per request of Bette. A small family celebration of life may be held at a later date. In lieu of flowers a donation in memory of Bette may be made to the Kidney Foundation, Diabetes Canada or the SPCA.

so great to the world

that even after they

Plant a tree in memory of Bette by clicking here.
To send flowers to Bette's family, please visit our floral store.

Plant a tree in memory of Bette
An environmentally-friendly option

Plant a tree in memory of Bette

1 tree planted in memory of Bette

We will always remember how kind Bette was to us on arrival to Canada. The gifts, suppers and visits all helped enormously in helping us settle into our new way of life. John, your devotion to Bette showed throughout your life together and never more so than in the way you loved and cared for her throughout her illness.

Bette was a dear cousin and friend.  She was so kind and loved her dogs.  I will miss her conversations on the phone and our discussions of the family tree especially involving Scotland.
John you were so wonderful to her.
RIP Bette

No one has a bigger nor purer heart than this dear woman! Betty was the kindest soul; she embodied the true essence of "all that is good"! FLY with the angels ... and rest forever in your heavenly home. Barbara Illsey-Johnson

So many happy memories of my Auntie Bette, from being my Godmother, letting me have sleepovers on the weekends so I could hang out with my “twin” cousin Michael, sharing her delicious recipes with me and hour long phone calls! I will miss you more than I can say. 😓
I’m sure the family reunion in heaven was awesome, I hope you made enough trifle!
Uncle John—you are an amazing man and even more amazing husband. God bless you for taking such wonderful care of Auntie Bette, she couldn’t sing your praises enough. She was so blessed to have you- so are we ♥️

A Memorial Tree was planted for Bette Janette REDFERN

Plant a tree in memory of Bette